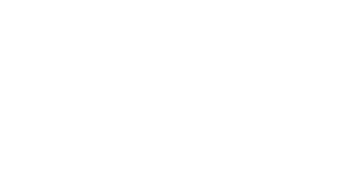 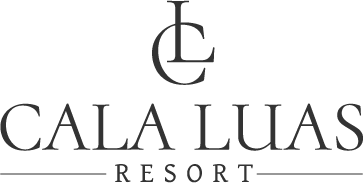 Cala Mariolu beach, also known as Ispuligi, was one of the most sought after beaches in 2014, according to Tripadvisor. Crystal clear waters and sand mixed with small, pinkish stones give a romantic overtone to this location. The beach can be accessed via a trail ranked EE in difficulty (Expert hikers).

Cala Biriola beach is situated under the woods of the same name. North of the Gulf of Orosei, this amazing beach with turquoise waters can be accessed via a trail suitable for expert hikers, or by boat, departing daily. The shallow seabed, the crystal clear waters and the backdrop of the Mediterranean maquis make this beach one of the most captivating in Sardinia. It is also a great snorkeling and diving spot.

The transparent waters, a natural monument that dominates over the beach, and trekking trails for all levels make this beach one of the most renowned in the Ogliastra region. Punta Caroddi, a majestic limestone pinnacle, is perfect for free climbing enthusiasts. The beach features a sea bottom with thick, white sand and stones. The waters are crystal clear and they boast a wide range of bright blue hues thanks to the sun’s rays reflecting on the stones on the sea bottom.

The Cave of Su Marmuri (which in Sardinian means “marble cave”) is located in the municipality of Ulassai. It is considered among Europe’s most impressive caves, being 1 km long and 35 meters high. The visit begins walking down 200 steps, and continues walking along a comfortable path inside the cave, alongside small natural pools created by the rock formations and the erosion. The groups of stalagmites and flowstones are very impressive. Su Marmuri is an active cave, which means that the concretions are still forming. The biggest room is called the Large Hall: rectangular in shape, it is 72 meters long and 30 meters wide. In the Organ Room you will find concretions that look like the pipes of an organ. The Cactus Room features two tall stalagmites that recall the famous exotic plant. Other rooms are: the Bats Room, the Small Pool Gallery and the Thermal Room. The temperature inside is always around 10°C. Near the Cave you can also see the rocks formations called Tacchi, stretching upon area of 28 km2, crossing the territories of Ulassai, Osini, Gairo and Ussassai. The Perda Liana Tacco, with its paleozoic metamorphic rocks, is one of Sardinia’s most famous natural monuments. Photo by Mitra.Houchmand

The Nuraghe is the symbol of the Nuragic civilization: it is a stone construction with a conic shape, and it is considered one of the most distinctive features of Sardinia. Their function is not certain, however the most complex Nuraghe hosted a large number of inhabitants. In some cases they reached a hight of 30 meters, almost like castles. They are scattered all around the island and in the past, on average, there was one every 3 km. One of the hypothesis is that they had a military function, since they were all interconnected.

Known in Italian as “Fairy Caves”, the Domus de Janas are funerary prehistoric constructions dug inside the rock. Some are isolated while others create a full blown underground necropolis. They can be accessed via an entrance called “Gromos” and a vestibule. In Sardinian, the term “Janas” refers to female and male adolescent figures that populated traditional Sardinian legends. The Tombs of Giants are traces of Sardinia’s most fascinating and mysterious prehistoric history. They are collective graves where numerous people were buried. Inside, they feature a long chamber, while the external facade has vertical stones, at the center of which the stele stands, a large stone that terminates with a round frame.

In Southern Sardinia, the facade features a distinctive entrance topped by a monolithic architrave. Among the most important archeological sites surrounding Cala Luas, we recommend: Bau Nuraxi Nuraghe – Tomb of Giants, in the locality of Triei, and the Nuragic complex of S’Arcu ‘e is Forros, in the locality of Villagrande Strisaili.

The Trenino verde is perfect to spend a nice time with your family. Its moderate speed lets you fully enjoy the surrounding panorama and nature, which dominates over the entire itinerary, giving you the chance to discover the true, captivating side of the territory.

There are many localities worth a visit along the way. We recommend: the Caves of Gairo Tarquisara, and the Pools of Niala. Before starting the trip, ask for the brochure with the details of the itinerary and stops. For further information, please call the number +39 070 26576 – 12/22.

Located in the municipality of Osini, the Staircase of St. George is one of Sardinia’s Natural Monuments. It consists of a natural passing between the Valley of the Pardu River and the Valley of Flumineddu. Through one of the natural breccia among the rocks, called Sa Brecca ‘e Usala, you can easily hike up along the walls thanks to a natural staircase, in some parts equipped with a handrail that gives you the opportunity to look over the gorge.

Among the most fascinating excursions on foot or by bike in the Ogliastra region, we strongly recommend visiting the natural pools in the locality of Coccorocci, in the Gairo municipality. The pools are formed by the water coming from Mt. Ferru, which flowing dawn to the valley creates these water pools set among red porphyry rocks, typical of the Ogliastra region.

Surrounded by the typical Sardinian Mediterranean maquis, consisting of strawberry trees, junipers, myrtle, ferula and wild fennel, the pools are a great destination for trekking and mountain biking excursions.